Signs of a Pipeline Leak 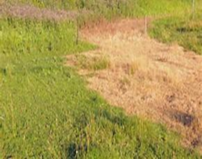 The Mariner East 2 pipeline will be at least 4 feet underground. The portions of the pipeline installed by horizontal directional drilling will be anywhere from 20 to 220 feet underground. If there is a leak deep underground, you will not see it. The first likely sign will be a decrease in pressure detected by the pipeline system, which would trigger shut off. Required inspections also can detect issues that may arise inside the pipe or with the protective coating.

For leaks closer to the surface, here are more details about the observations above:

Companies transporting natural gas to end users, such as PECO, often add odorant to aid in detection. Sunoco cannot add odorant to the NGLs in the Mariner East system because of the potential end uses of the products, such as textiles and plastics.

If you smell or hear gas outside that you think may come from a leak, for your own safety, walk away before doing anything else.  When you are a safe distance away, call 911.

Will I ignite an explosion if I use my cell phone near a leak?

This scenario is all but impossible.  There has not yet been an actual incident (as opposed to an online legend) of a cell phone accidentally igniting anything anywhere.