The West Whiteland Township Police Department was created in 1973 by the Township Board of Supervisors (BOS). Prior to that, the Pennsylvania State Police (PSP) provided police services in the Township. It was the opening of the Exton Square Mall in the center of West Whiteland Township, at a major intersection that was already known as “the crossroads of Chester County”, that increased the demand for police services beyond what PSP resources could handle. The history and growth of the WWPD has been closely tied to the escalation of retail establishments in this region ever since.


The department’s first chief, Robert P. Bitter, hired officers to provide police services in the Township 24 hours per day, seven days per week. Through the 1980s, 1990s and into the 21st century, retail centers and office parks continued to develop in the Township, along with the required highways, highway improvements, water and sewer upgrades and other infrastructure expansions. The resident population doubled, from 7,900 in 1973 to well over 16,000 in 2000. The existence of retail centers and office parks caused the daytime population to swell to an estimated 40,000 people daily. The WWPD also grew, from one officer in 1973 to its current staffing. 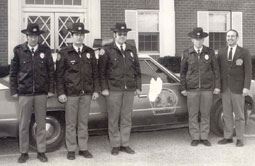 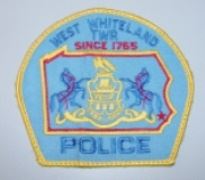 
Through the years, significant organizational changes have occurred, as outlined in the timeline below. This expansion and restructuring has allowed WWPD to adapt to the needs of the community.


As the times have changed, so has the technology. From the days of citizens’ band radios and manual typewriters, the department has evolved into a 21st century law enforcement agency using state-of-the-art equipment such as mobile data terminals, computer-aided dispatch systems and automated identification databases. Although the equipment and many of the faces have changed, the agency’s commitment to the community remains the same, to protect and to serve.